Skip to content
I am offering virtual and telehealth services for both new and ongoing clients. Please contact me to learn more.

Everyday Consciousness, The Realm of Power, and Source – A Map for the Levels of the Psychospiritual Journey (Part One) 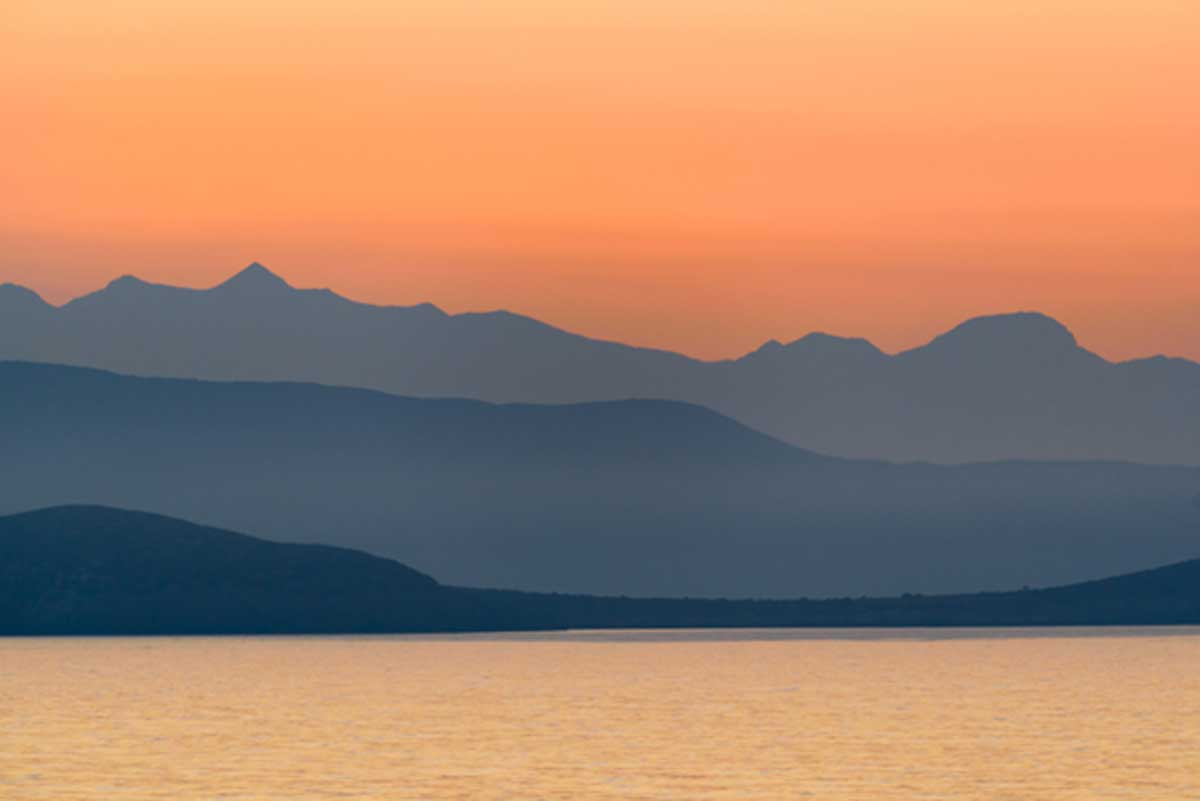 “Well, obviously, I’m an individual separate self. And so are other people. And there are things out there in the world. It’s apparent to anyone who just looks at what’s there.”

“I take people and things at face value. I also believe that all I have to do is set my mind to something, and through my own decisions and initiative can make it happen.”

“In therapy, I learned that I have a tendency to compete with everyone – and that gets in the way of my having more fulfilling relationships.”

“Why is it that no matter how hard I try, or how much success I have objectively, I never feel good enough – and in fact feel like there’s something fundamentally wrong with me?”

“I had a dream that a friend had a heart attack and when I called him – it turns out he’d gone to the hospital with chest pains that very morning.”

“I was doing a shamanic journey, and gained new insight into how to address a problem at work (or, my relationship, or my spiritual practice).

“Once, when I was meditating, there was such energy moving in my body. Lights, rushing feelings, a sense of connectedness.”

“There was no self; there were no objects – no separation. Just THIS.”

There’s a map that I have found to be very useful in describing the kind of work that I do as a transpersonal psychologist. In Shinzen Young’s book, The Science of Enlightenment, he writes about three broad “realms” of human experience. He refers to them as Everyday Consciousness, the Subconscious (Intermediate) realm, and The Source. You could also call them Ordinary Consciousness, the Realm of Power, and the Absolute.

My work as a transpersonal psychologist is concerned with all three of these realms. Let’s have a look at these three domains.

The level of everyday consciousness reflects the world as we ordinarily know and experience it. We feel we have a self that is a separate “thing” from other peoples’ selves. We have a body and a mind that is ours. We feel we make our own decisions and choices, more or less choose our thoughts, and initiate actions. There is also a world outside of us that has objects that are solid separate things. And we believe/know that these separate selves and things all interact with each other in ways that are understandable – if perhaps complex.

We also experience time in way that extends backwards and forwards along a line. In the movement forward in time, we take actions, we think thoughts, and feel feelings, and interact with other selves and objects in the solid material world. We also have the experience that there is some kind of stable, persistently existent space in which we, other people, and all these objects move and interact.

This perspective and these experiences are natural while we are immersed in everyday ordinary consciousness. It’s useful as we navigate the demands of our particular bio-socio-cultural environment.  It is not inherently a problematic perspective, but can certainly be so if this is the only perspective we have.

The Subconscious – The Intermediate Layer, AKA The Realm of Power

This area of psychospiritual real estate includes both the personal unconscious and deeper areas that might be called the collective unconscious. Young refers to this middle realm as the Realm of Power, which is a usefully descriptive name because it captures that when we are tapping into this realm of human experience, we are often in touch with things that seem deeper, more energetic, and more significant than our everyday ordinary conscious sense of self.

Side note. I personally prefer calling this realm the “Unconscious” rather than the “Subconscious,” which implies that the Conscious mind is superior to it, while it’s quite clear that the Unconscious really holds most of the cards in the game. On the other hand, in a map of layers, we see that Everyday Consciousness is the tip of the iceberg, with the larger Subconscious laying beneath, and in that metaphor, the use of “sub” does make sense.

Some aspects of this unconscious intermediate layer underpin a sense of the personal self (what has been called the personal subconscious) – and include the nonconscious motivations and conflicts described in psychodynamic psychology. Other aspects of this intermediate layer refer to transpersonal experiences beyond the individual self and outside of everyday experience– and include such things as paranormal phenomena, kundalini and other energetic phenomena, and the Jungian archetypal realms.

We’ll get into a little more detail later, but for now, we can say that much of modern psychotherapy is oriented to working with a combination of everyday consciousness and the personal unconscious aspect of the intermediate layer. Transpersonal psychotherapy, some traditional healing modalities such as shamanic journeying, and many forms of psychospiritual practice are also very much concerned with this intermediate layer.

The Source – AKA The Absolute, The Mystery

This Source “level” has many names. We might call it the Tao, the Nondual, the Unborn, the Absolute, the Mystery, the nature of Nature, God, Brahman, the Ground of Being – and so on. As Young notes, “The words don’t really matter. What matters is direct contact.”

Enlightenment practices (whether direct or gradual path practices) are aimed at this Source– the Ground of Being. Tasting or “residing” at this level is often called things like awakening, enlightenment, and so forth.

Directly resting as our true nature in this Source does not inherently undermine our ability to live and function in Everyday Consciousness, e.g., we can pay our bills when needed, we get out of the way of oncoming traffic, we can communicate in our relationships). The Source – after all – is the source of all states, ordinary and altered.

The Path – AKA The Way Through, or Awakening

This layer model of consciousness not only helps us “place” our experiences, it also provides something of a map for routes and byways in our exploration of altered states/capacities, and in the pursuit of awakening. What follows is a brief description of practices and experiences that can take us to – and through – the different layers.

“One way to describe the spiritual path is as a journey from ordinary surface experience to the ground state, the Source of all states,” says Young. That journey can be direct or oblique, and can have interesting side paths. That is, we can take a plumb line straight “down” to the Source; we can dip a few steps into the intermediate realm of the Unconscious and then take a ninety-degree turn and stay in those intermediate realms; or we can follow an oblique angle that samples aspects of the intermediate realm as we steadily “move toward” the Source.

Thus, depending on our goals and desires, the route to awakening can be direct, oblique, or can stop either deliberately or accidentally at various zip codes within the Intermediate Realm.

A common (and potentially bothersome) phenomenon that can occur is that even if we dive directly to Source, we may encounter gravitational forces in the Unconscious that can side track us and turn a “direct” journey into a side path (e.g., we meditate and continually get pulled into mental content related to old traumas, or we encounter psychic phenomena that entice us to forget our intent to awaken).

In Part Two of this article (Everyday Consciousness, The Realm of Power, and Source – A Map for the Levels of the Psychospiritual Journey – Part Two), we will look at some of the experiences and byways that can emerge as we explore and pass through these levels – and seek Source.

If the intersection of psychological work and awakening practice interests you, or if you are encountering some of these highways and byways in your psychospiritual practice – and need support in sorting out what is happening, please contact me!

Body-mind psychotherapy, transpersonal counseling, and awareness training are tools we can use in our work together.
SCHEDULE NOW 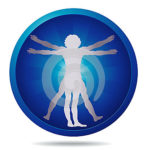 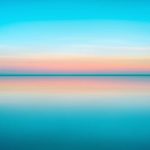 Everyday Consciousness, The Realm of Power, and Source (Part Two) – Destinations and Distractions in the Psychospiritual Journey 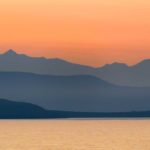 Everyday Consciousness, The Realm of Power, and Source – A Map for the Levels of the Psychospiritual Journey (Part One) 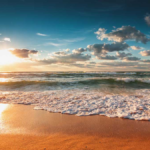 Rest as Awareness: Nondual “Practice” and the Direct Path

Get updates on upcoming events, new publications, and useful resources for integrating body, mind, and essence.

Not to worry. I will never share your information or spam you. Unsubscribe any time.